“Have we got a girl for you” Some very sophisticated machine learning and predictive analytics models are powering the online dating or hookup world.

A lot of innovation is taking place around real-time, geo-location based matching services.  Coinciding with the trend toward mobile, there is a meaningful shift of usage from desktop to mobile devices. The mobile trend also enables tailored dating products to meet the varying romantic and hookup preferences of users.

Take for Match.com which debuted its online dating first site in the U.S. in April 1995.  Today, the Match.com brand hosts sites in 24 countries, in fifteen different languages spanning five continents.  Match.com offers an interactive way for singles to meet other singles with whom they might otherwise never cross paths.

How to model and predict human attraction? Match.com is powered by Synapse algorithm. Synapse learns about its users in ways similar to sites like Amazon, Neflix, and Pandora to recommend new products, movies, or songs based on a user’s preferences. 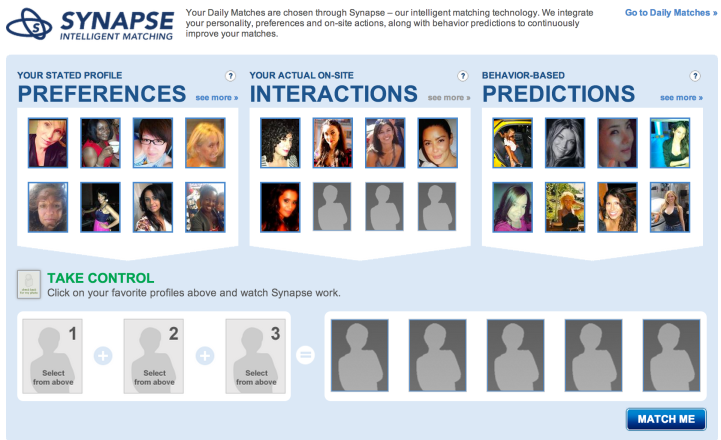 Enabling dating in a digital world… Match.com uses Chemistry.com to do personalized surveys and get detailed preference data. But when it comes to matching people based on their potential love and mutual attraction, however, analytics get significantly more complex when you are attempting to predict mutual match… the person A is a potential match for person B…. but with high probability that person B is also interested in person A.

The challenge in predictive modeling in dating sites is in understanding what self-reported data is “real” in the prediction models.  People have a tendency to lie (or exaggerate) about age, body type, height, education,  interests etc.  So excluding certain variables or taking a multi-dimensional scoring approach with different weights would be appropriate.

Love and hookup are exploding with numerous companies that are attempting better matchmaking than Match.com….

Login with Facebook and instantly begin flipping through profiles of nearby women (or men).  Tinder uses location services to find other users in a certain area. The ease of use (swipe right (like) or swipe left (dislike)) and fast pace of Tinder are probably what make the app so addictive. According to The New York Times, Tinder has over 50 million active users. Just check out the user activity stats:

Tinder’s engagement is staggering. The company said that, on average, people log into the app 11 times a day. Women spend as much as 8.5 minutes swiping left and right during a single session; men spend 7.2 minutes. All of this can add up to 90 minutes each day.

Add that all up and you’ve got billions of swipes, which puts Tinder into the realm of serious personal Big Data.

From a UX design, Tinder went Mobile First.  This allowed it to create a better user experience unlike other online dating websites that did a lift-and-shift of their existing (desktop) user experiences to mobile.

How do these hookup sites work?

Consider Badoo.  Badoo subscribers sign up by posting a photo and basic personal details. Location-based technology lets them check in via smartphone to find users and see how many feet away they are at that moment.

A feature called Encounters lets Badoo users flip through photos and mark them with green if they like what they see, orange if they’re not sure, and red if they’re not interested. When two people mark each other as green, Badoo contacts both and suggests they initiate a chat.

Okcupid,  matches users with one another using match percentages, which quantifies how much users have in common, along with their popularity and in-box messages. According to Scientific American, “On any dating site a small subset of users will receive the majority of the messages. To even this out they look at the number of unread in-box messages and place users further down the match list if he/she has tons of them. The popularity metric (which isn’t displayed on people’s profiles) helps them match people with similar status on the site.”

Romance Graph for you? Companies like Hinge are building a romance graph of what structured data clues suggest two people will want to date. While Hinge’s app might not be as carefree as swiping through Tinder’s seemingly endless queue of mates, it delivers a daily set of tailored matches based on your profession, education history, and interests, as well who you’ve had the hots for in the past.

Active usage of “love” sites (social networks for meeting new people)  is staggering.  Tinder is doing 1+ billion swipes and 10+ million matches a day.  Jiayuan, the biggest dating service in China, is estimated to have 19+ million active users as of September 2013 . Meetic had 16+million users,   Match.com 8+ million and OKCupid  2+ million (according to ComScore).

Now I say Tinder, you say Match.com 🙂  May the best algo win. 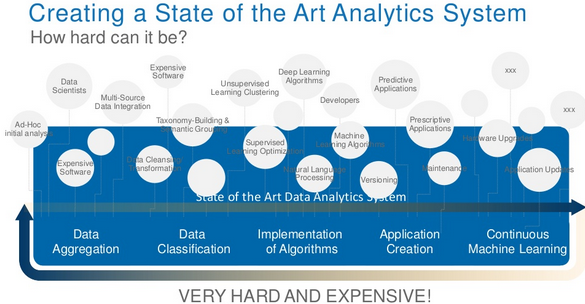 Scientific American – Dating Services Tinker with the Algorithms of Love

Match.com S1 Filing…. Match Group dating portfolio has over 45 brands, including Match, OkCupid, Tinder, Meetic, Twoo, OurTime, BlackPeopleMeet and FriendScout24, each designed to increase our users’ likelihood of finding a romantic connection. We currently offer our dating products in 38 languages across more than 190 countries, and we had approximately 59 million MAU, and approximately 4.7 million paid members [September 30, 2015].